Henry Harrison Tibbitts came west from Missouri with his brother, circa 1875. Henry’s wife, Arianna accompanied him along with two of his three eldest children, Georgianna and Frank. Their oldest child, Jenny, had already left the family to join the circus. She later became a traveling vaudeville performer, performing in make-up and elaborate costumes.

The family first settled in Oregon, where Georgianna married a barber named John Mallies. Another son, Arthur, was born to Arianna. When Arthur was three, the family moved to Squak Valley. Their home was near today’s intersection of 56th Street and E. Lake Sammamish Boulevard. Pearl, their youngest daughter, was born there in 1884.

In the 1880s, Tibbetts worked as the first mail carrier in the area. His route took him from Newcastle to North Bend. One winter a fierce storm brought more than four feet of snow. The snow was frozen solid, and Tibbetts had to drive his mail carriage on top of the drifts. Tibbetts was 91 when he passed away in 1926; Arianna had died in 1914 at age 70.

All of Henry and Arianna’s children married, some more than once. Arthur Tibbetts married three times. His third wife was 31 years his junior. Frank married and had two children, Irving and Georgia. Frank and Irving operated the Issaquah Sand and Gravel Company.

Pearl Tibbetts married Pete McCluskey, the son of Irish immigrants. Their sense of fun is evident in one family photo of the couple wearing each others hats and grinning. They had two children, Marvin and Lavera. Sadly, both Pete and his son Marvin died in 1935. After their deaths, Pearl worked in a WPA sewing room in Renton. Lavera, now the owner of her fathers Model T Ford, left school each day to pick her mother up. She was one of the few girls at school who had her own car, which gave her a respected status among her schoolmates.

Lavera McCluskey Mitchell still lives in Issaquah, still in the house in which she was born. This is quite a feat, given that the construction of I-90 and other factors required that the house be moved twice.

Information in this article derived from interviews with Lavera McCluskey Mitchell, Issaquah Press obituaries, census information, and the writing of Carmen Ek Olsen. Our thanks to volunteer Monita Horn for her obituary research. If you have information about your, or another, pioneer family in Issaquah that would like to share, please contact the Museum Director at 425/392-3500. 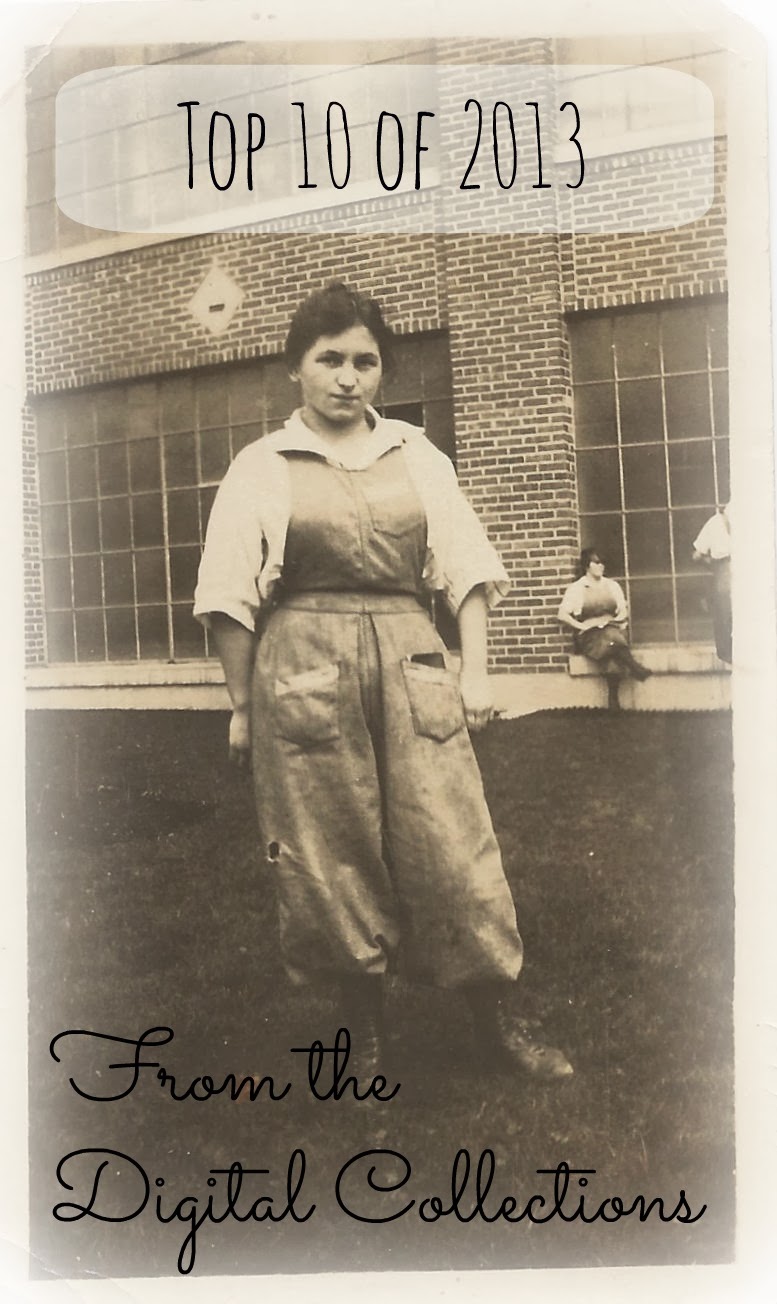 At the end of every year we’re able to see what the top records from our Digital Collections are – meaning which photo, document, letter, etc. was accessed by the most people. It always fascinates me to see what records make this list and it is never what I expect. The following are the top 10 records accessed during the year 2013. 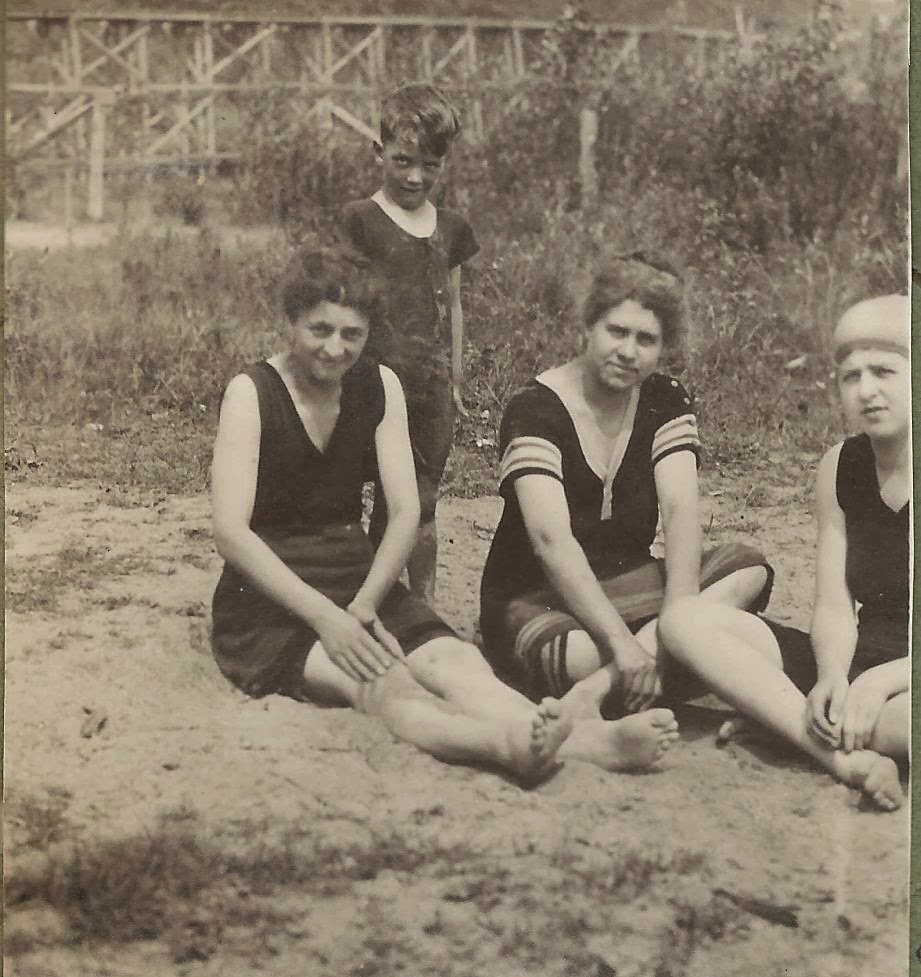 Mary, Mattie, and Ferol (and an unknown young boy) are wearing swimwear of the day. A railroad trestle is able to seen from the background, but it’s unknown where the photo was taken. This photo is from one of Ferol Tibbetts’ photo albums. Clicking “Tibbetts Family” from the list of tags on the left will take you to more blog entries about the Tibbetts’ family. Full Record 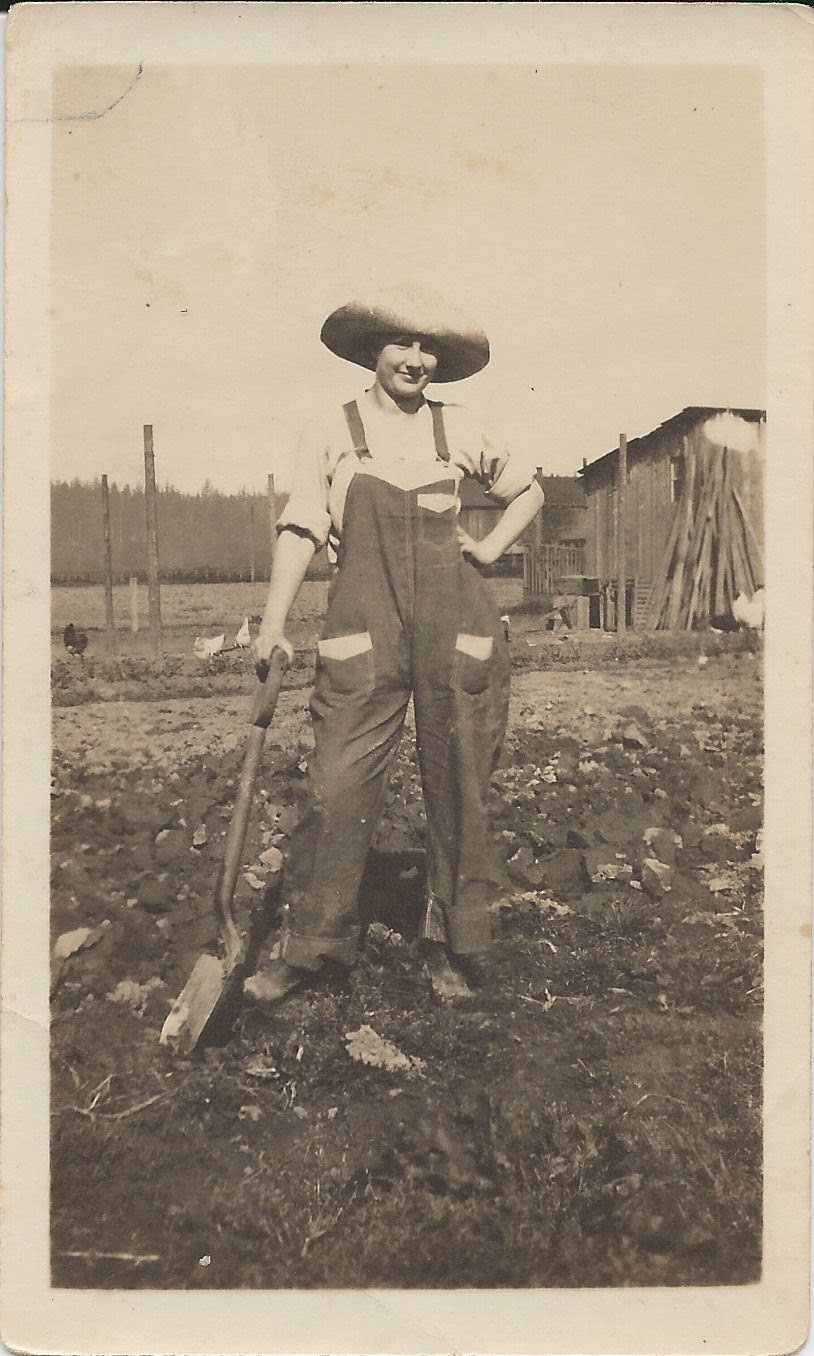 An unknown woman stands in a field with overalls, straw hat, and a shovel. From the Josephine Cornick Ross Collection we featured a bit in our blog this year. Full Record 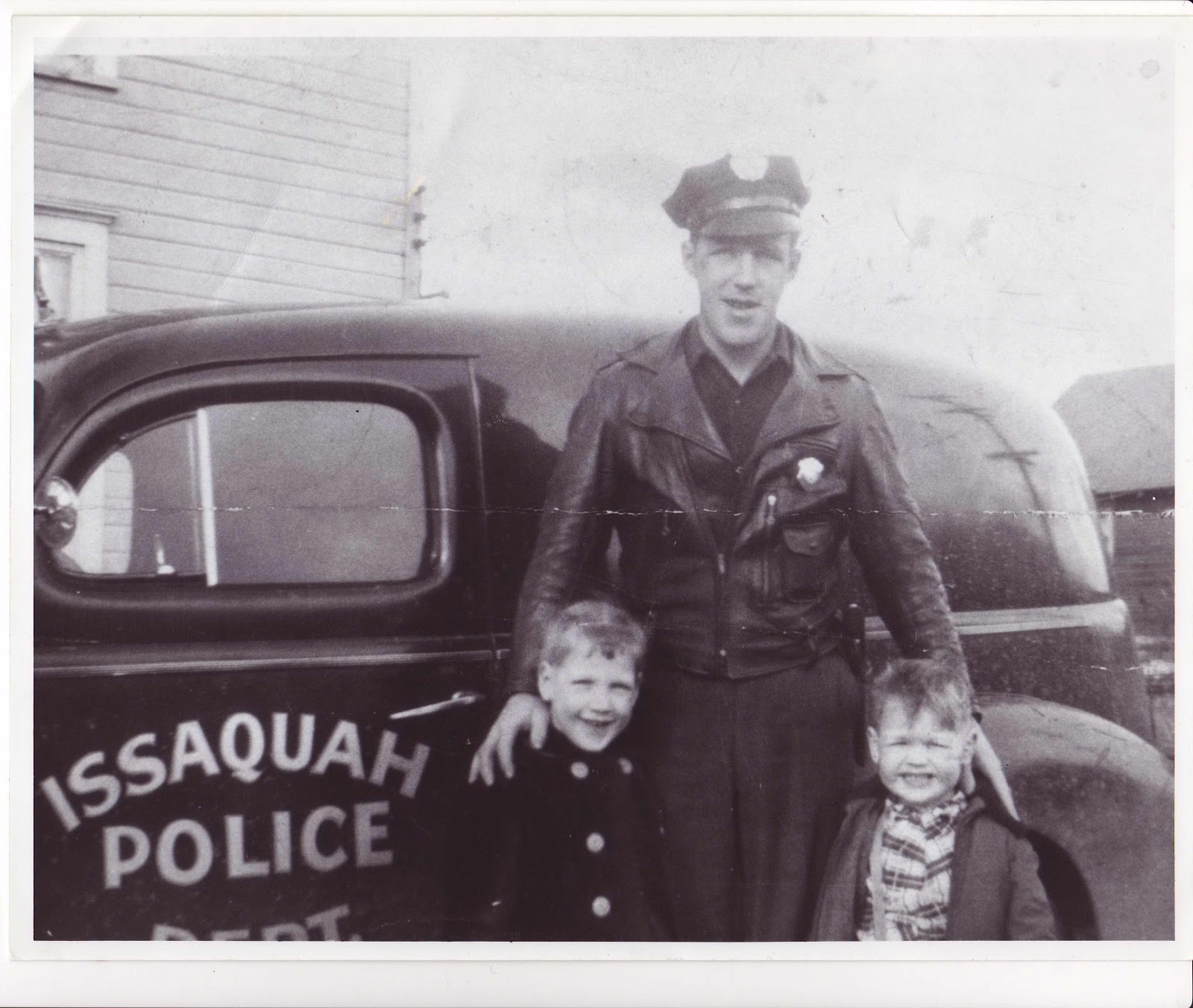 Ray Robertson was Town Marshal in 1949. In this picture he’s with his two oldest sons and perhaps Issaquah’s first squad car, which he was instrumental in purchasing. Read more about Ray Robertson on our website.  Full Record 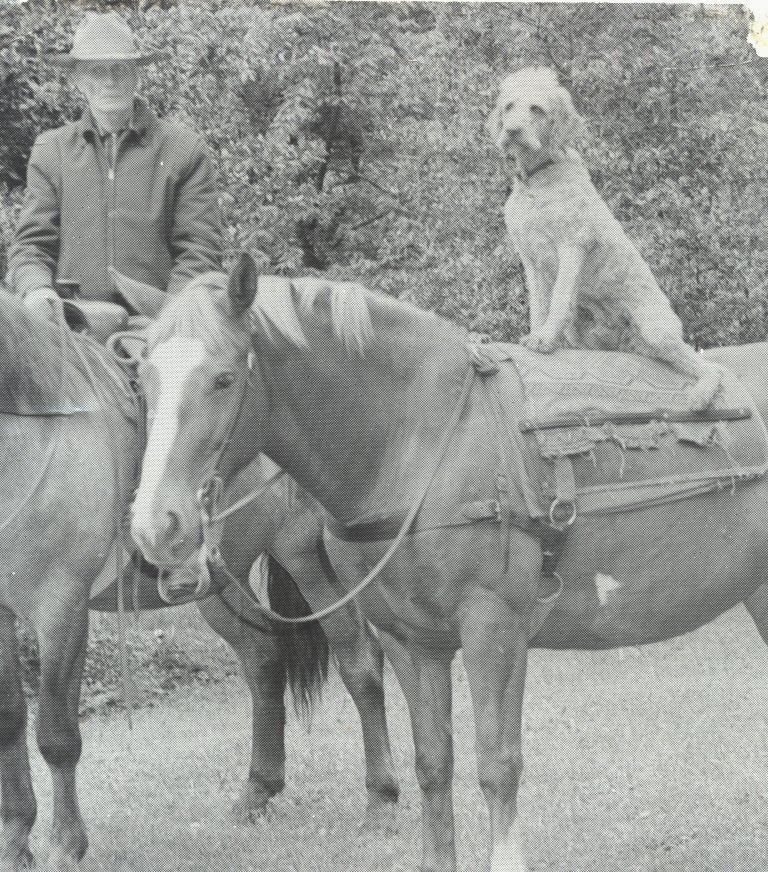 Bojo the horse-riding dog. There isn’t much more to be said. Full Record

6. ”Finding the Site of the Attack on Chinese Laborers in Squak Valley”

A document prepared by Tim Greyhavens where he worked to find the exact location of where the 1885 attack on Chinese laborers occurred. The document, available in our Digital Collections, contains photos, transcripts, and is a fascinating read. Full Record 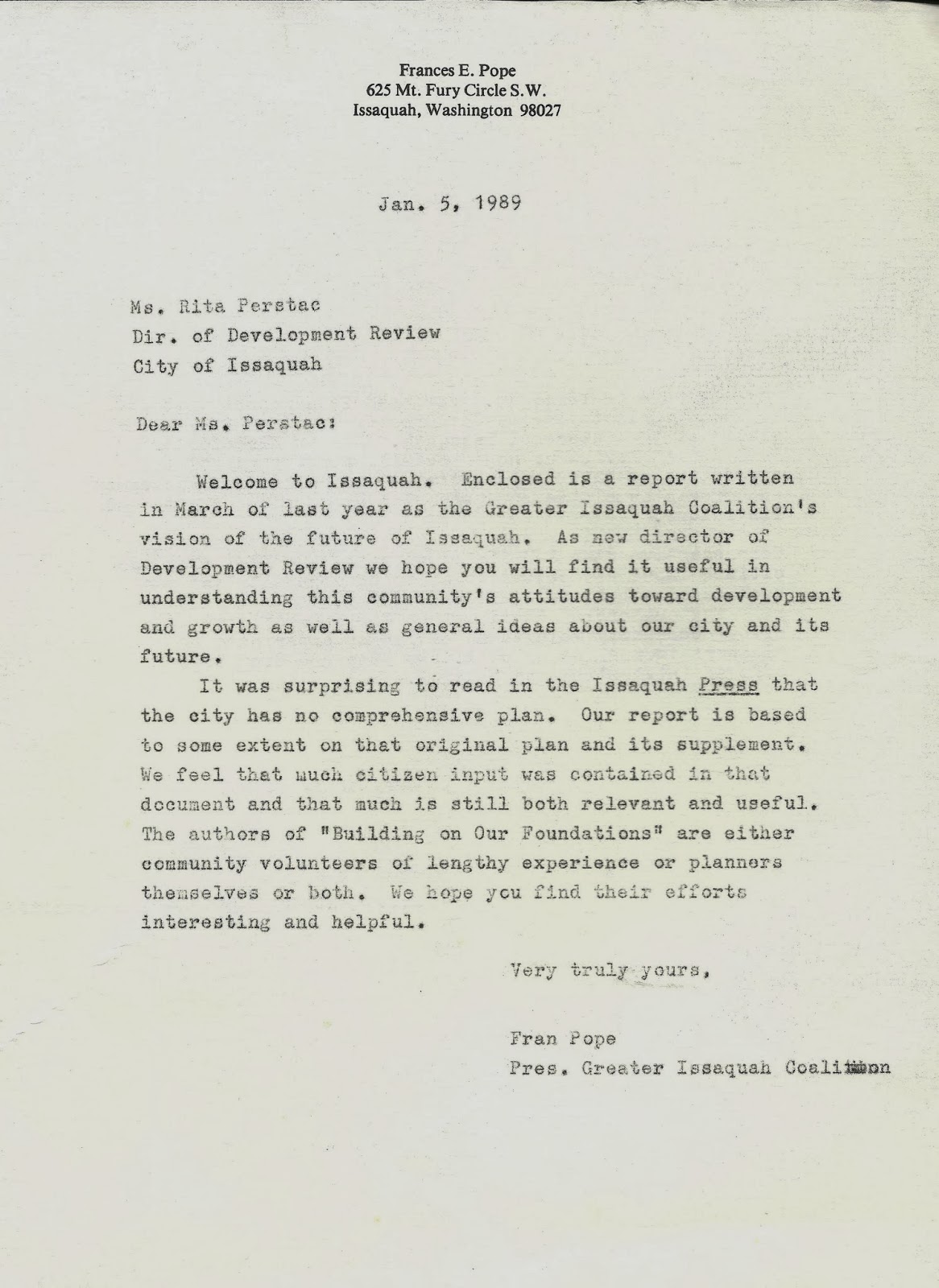 This is one of those records that surprises me. Our Greater Issaquah Coalition collection is important, but I’m always surprised when it’s letters that get a lot of traffic and not photos. This letter and accompanying report outlines the importance of preserving Pickering Barn and ideas for connecting it, Gilman Village, and the Depot via train tracks. Full Record 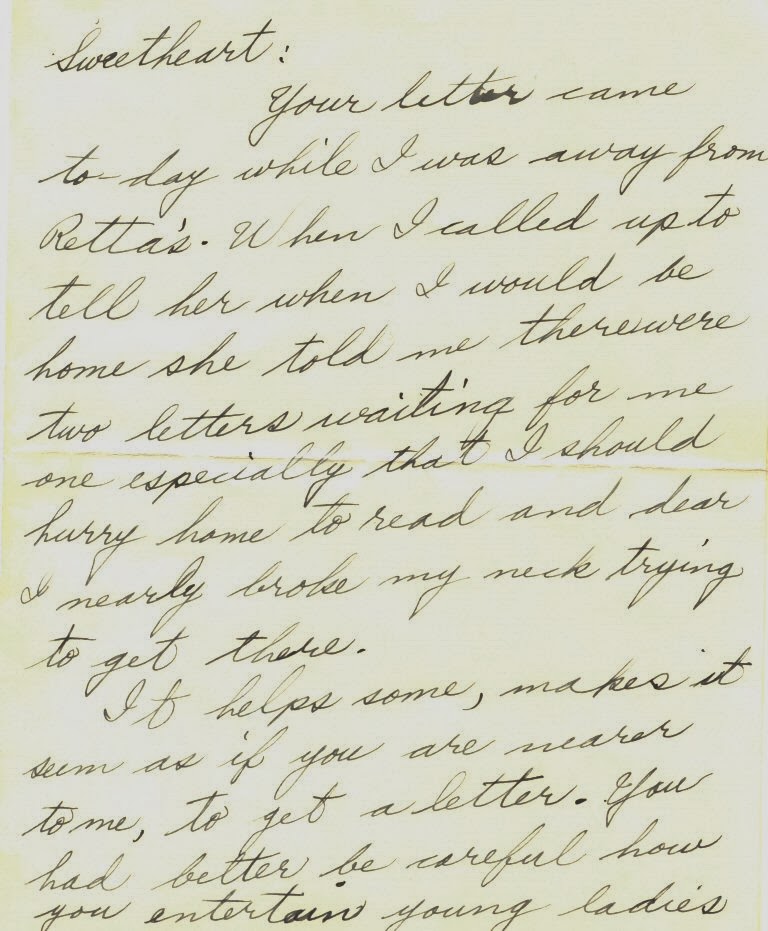 Another surprise in the top 10. Having been the one to scan, read, and catalog the entirety of Minnie Wilson Schomber’s letter collection (including hers and her husband’s), I always groan a little when one pops up. Her sappy, sweet letters are always good for a laugh – especially when she writes “I would give anything if I had you and the big leather chair here tonight. I suppose you could guess what I would do.”  Full Record 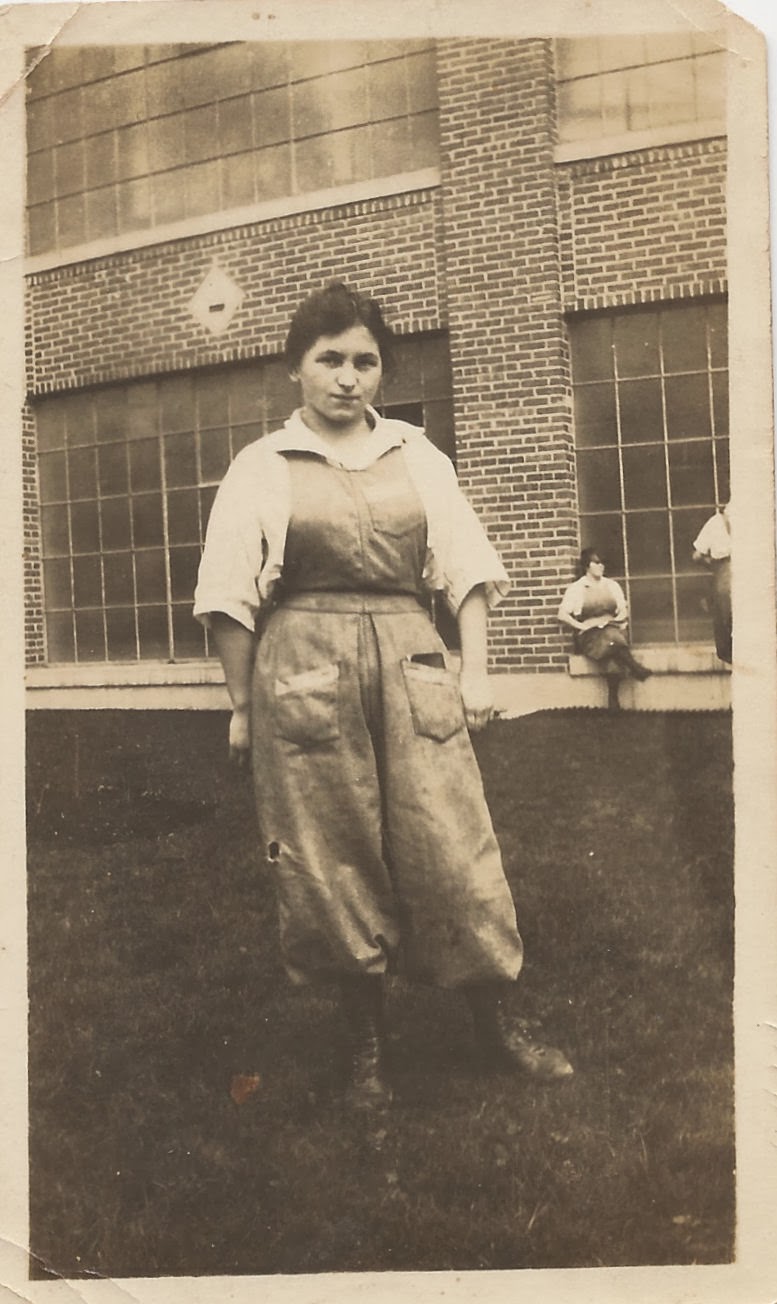 Another picture of a friend of Josephine Cornick – this time in her gym bloomers, standing in front of what appears to be Issaquah High School. Two gals behind her appear to be wearing the same outfit. At least they’re pants and not skirts! Full Record 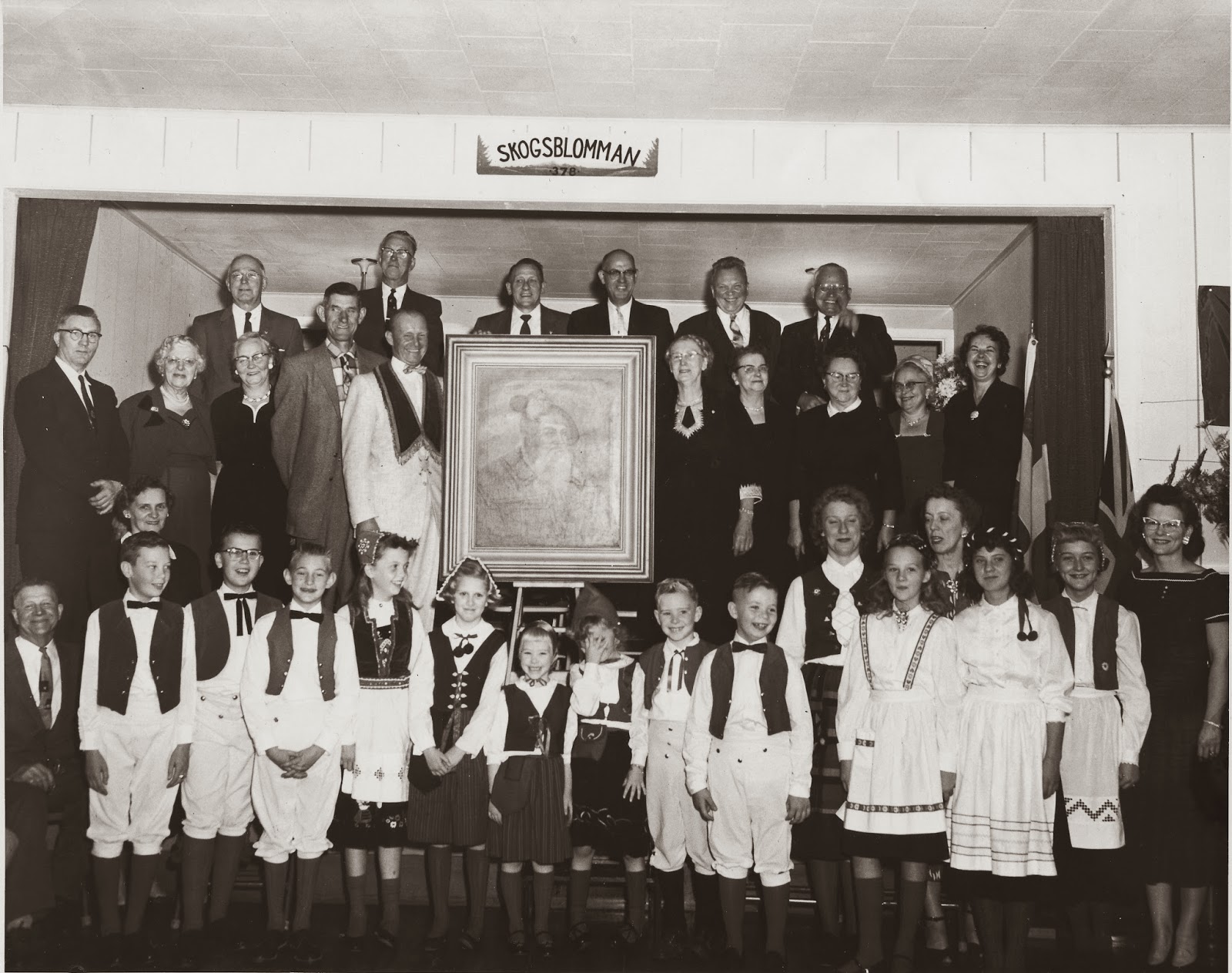 We had a lot of requests for Preston photos this year and did a lot of work in making sure our Preston records were uploaded to our Digital Collections. This must have been the most popular of the bunch! A group photo of the “Order of Vasa” at the opening of the new Vasa Hall in Upper Preston. Unfortunately, no one in the photo is identified – send us any information you may have! Full Record
In-depth cataloging of letters, journals and other documents was made possible by a grant from 4Culture. Yet another grant from 4Culture, along with generous support from individual donors, makes it possible for us to scan these items and share them through our Digitial Archives.
https://www.issaquahhistory.org/wp-content/uploads/2014/02/Top10of2013blog.jpg 1304 777 IssqErica https://www.issaquahhistory.org/wp-content/uploads/2015/01/Issaquah-History-Museums1.png IssqErica2014-02-08 22:38:002017-04-28 10:17:40Top 10 Records in the Digital Collections from 2013

In our collection we have about 10 daily journals kept by Ferol Tibbetts Jess written starting in 1923. While the journals contain a lot of basic daily notes (sewing, washing, visiting friends) they also contain wonderful tidbits about what it was like to be a 20-something during the 1920s.

One note that has helped more than imagined was an entry in Ferol’s typed journal while attending Washington State College (now Washington State University.):
“Bobbed my hair. Like it pretty well. Letter from Mother.” – College diaries, Mon, Jan 15, 1923.
We have many pictures of Ferol Tibbetts, some pre-bob and others with her stylish bobbed and marcelled hair. Her exact date of when she cut her hair has allowed us to better date the pictures in our collections.
The earlier pictures of Ferol and her friends all feature the same hairstyle which seems to be a large pouf on top of the head and two small chignons over the ears. We much prefer the bob.
“Cleaned up, curled Mary’s [Tillie’s] hair.” – Book I, Friday, July 13, 1923
Ferol’s chopping of her locks while away at school is something most college-aged women can probably relate to. Luckily, Ferol came of age during a time when women were really changing what they did and said, what they wore, and how they spent their time.
“Went to Renton with Mary and Tillie to get their hair marceled.” – Book I, Saturday, February 2, 1924.
Pictures of Ferol with bobbed hair seem different than her earlier pictures – she smiles more and seems genuinely happy.
“6:00am. Been sitting around talking to Walter since 3:45. Sure is a hell of a life I am leading.” – Book I, Sunday, July 22, 1923.
https://www.issaquahhistory.org/wp-content/uploads/2013/06/FerolStudioBob.jpg 806 568 IssqErica https://www.issaquahhistory.org/wp-content/uploads/2015/01/Issaquah-History-Museums1.png IssqErica2013-06-01 07:00:002017-05-02 12:08:34LHM: Ferol Tibbetts Cuts Her Hair

Just like Josephine Cornick, Ferol Tibbetts had her share of albums full of snapshots as well. Here are some of our favorites:

Seomtime around 1915 Ferol Tibbetts’ father, George Wilson Tibbetts, purchased and ran an auto shop and garage. For Ferol, this meant constant interaction with automobiles. There are accounts in her journals of she and her father driving somewhere to pickup a vehicle, presumably for someone who had purchased a car through their shop. With her knowledge of cars, and how to drive them, came a sense of freedom. Just as teenagers find today, Ferol had the ability to hop in a car with friends and drive either to a dance, Seattle, or somewhere completely random.

The following are excerpts from Ferol’s journals:

“Minnie Archembault and I went for a ride with Mr. Kinnybru in a Studebaker Six. We went to Preston, Fall City, and Tolt. I drove home from Tolt. Sure like to drive a Studebaker.” – Book I, Thursday, October 25, 1923

“We went to the dance in Geo Abriams car. Eleanor Burke, Francis Harris, Blaine Boyden also went. Had a dandy time. George got drunk. Sure was scared coming home, but he wouldn’t let Jim drive. Got home all O.K. tho.” – Book I, Monday, December 31, 1923.
“Jim got his new car, a Cleveland2 door Sedan. Sure is swell. He came down and we went for a ride. He let me drive.” – Book I, Thursday, April 3, 1924

“The Chevrolet Company is running an endurance test of a 100 hrs. Clyde [Powell] was to drive from 2a.m. to 8a.m. Ruth was going with him so they asked me to go. I went to bed over to Ruth’s. It is about 10:45 when we went to bed. Got up at 1:15, had coffee and toast and got started about 2:15. Thurs 9. It was raining and blowing like everything and was pretty cold. He went to Renton, Newport, Kirkland, Bothell, Redmond, FallCity, North Bend, back to Issaq. Then from here to Newport, Renton and then home again. It was then 6:30. Clyde went to Rentonand then Kirklandand handed the car over to the Chevrolet man there.” – Book II, October 8-9, 1924.

In celebration of National Poetry Month, we’ve been posting some of our favorite poems from our collections here at the Issaquah History Museums.

This autograph album, belonging to Ferol Tibbetts, is full of wonderful little verses written in Spring of 1916. Ferol wrote her own name on the first page and dated it March 14, 1916 which would have made Ferol a mere 14 years old.

Autograph albums gained in popularity as early as the 15th century and remained so into the early 20th century until they gradually were replaced by yearbooks. The poems and verses written in Ferol’s autograph album seem so very similar in spirit to what we wrote in our high school yearbooks, but the emphasis on marriage, cross husbands, and weddings reminds us what a different time it was. It seems to speak to the fact that teenagers don’t really change – but perhaps how they imagine their post-high school days does.

To see the album in it’s entirety, visit the Full Record at our Digital Collections.

Here are a few excerpts: